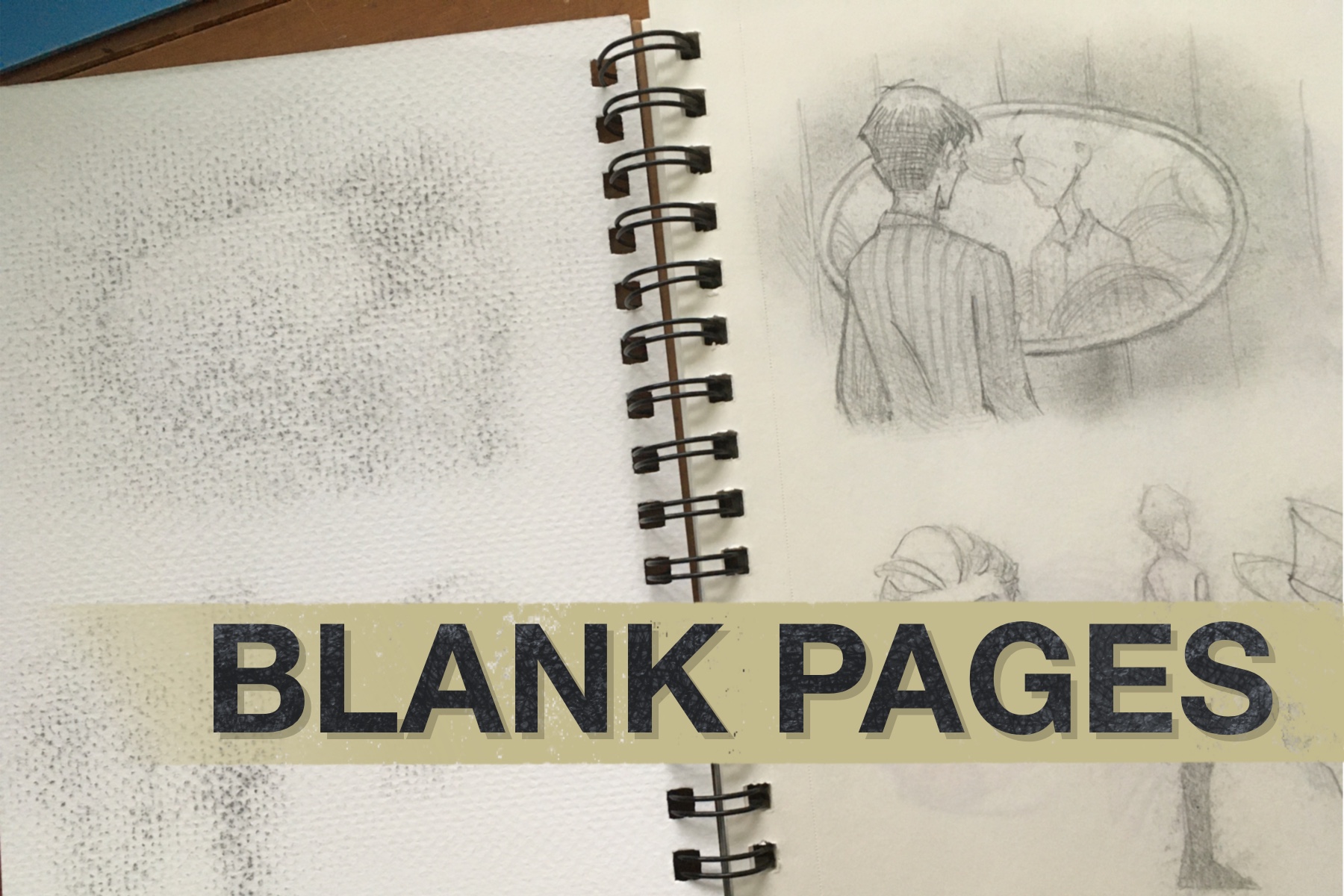 The first time I used a sketchbook is when my high school art teacher gave me one. Prior to that, I did all of my drawing on notebook paper (or sometimes on the back of worksheets or tests) and I think it frustrated her that all of my really interesting – and sometimes very intricate – illustrations had blue lines running through them.

So she gave me a small, spiral bound sketchbook to draw in.

…and I kept drawing on notebook paper, at least initially.

You see, to me that sketchbook was a symbol of what it means to be an artist. It was something that was tangible and the work it contained would represent me and I couldn’t fill it with just any old drawing. No, the drawings that belonged in that sketchbook needed to be ART! They had to be deliberate and curated and representative of my very best work. The stakes were high in my own mind about what qualified as a sketchbook drawing and I didn’t want to mess it up.

…so notebook paper is where I practiced.

Eventually, when I felt I was ready to take the next step, I did draw something in that sketchbook. It was a great drawing and I put everything I had into it. I shaded carefully, I captioned it deliberately, and when I was done it was something I was proud to share with anyone.

And then I closed the cover and it smudged. Not a lot – but enough that I couldn’t ignore it and the inside cover was no longer virgin white. After waiting as I had to draw in this sketchbook, and after all the time I had spent practicing and then actually rendering this drawing, it was not perfect.

Was it ever perfect? Probably not.

But now it was done. It had been birthed into the world and I couldn’t take it back and it was imperfect and, by extension, the sketchbook itself was imperfect… and now I could use it. Now I could enjoy it!

And I did! I now had a place that I could practice my drawing and mistakes were allowed and whatever I put into it was okay. I took it to classes with me, I used it at home, and I moved through the pages of that sketchbook creating drawings that were clever and sloppy and redundant and sketchy and fast…

…and when I was done with that sketchbook, I was a better draw-er.

Giving up the expectation that I had to create something perfect freed me up to just draw, and in the act of just drawing, I got better at it. I have no allusions that I’ll ever be perfect at drawing – I don’t think that’s possible – but I’m content to know that I’m better than I was… and in the process of getting better, I’ve been able to create some really amazing things.

I still have to remind myself of this truth every time I’m faced with a blank page, or a blank canvas…

Whatever the empty space in front of you is right now, don’t wait until you’re perfect to dig into it; instead, move forward with gusto, trusting the process and celebrating the victories along the way – and have fun. When you come out the other side – even if things don’t look like you expected them to – you’ll be better for what you learned along the way.

…and ready for the next one.