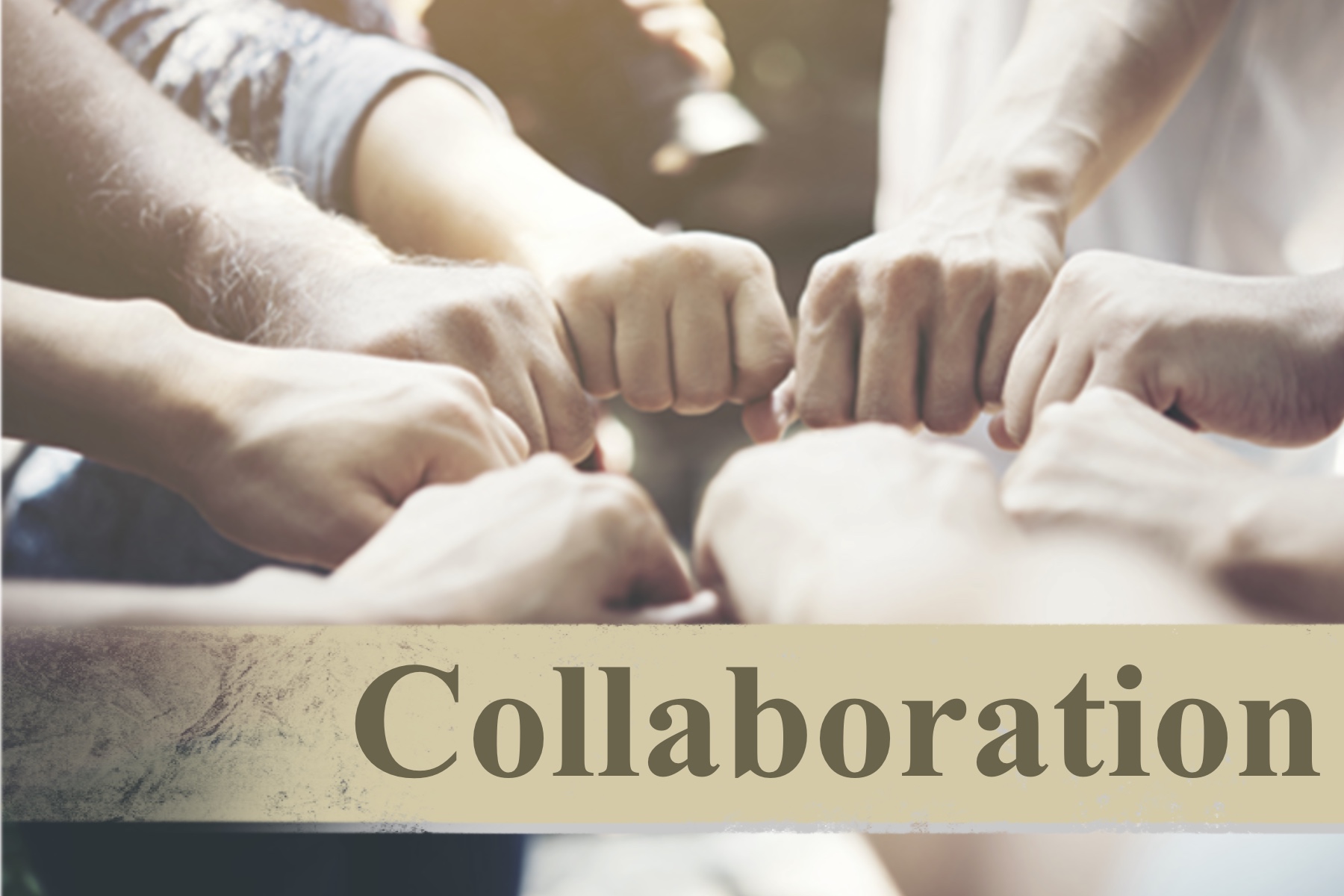 There’s a lot about my college career that I would change if I could (including the very fact that I even had a college career, but I digress), and because it was so long ago, much of what I know now about creating a comic has been self-taught or learned through tutorials and observation… but one thing that I learned and continue to value from my college days is the ability to critique and receive feedback about my work. It’s not always easy but it’s SO important – and it made me realize that my work is better when I’m doing it with someone else.

I realize I LOVE collaboration!

Collaborate
verb
to work, one with another; cooperate, as on a literary work: They collaborated on a novel.

By it’s very nature, all of the freelance work I’ve done has been rooted in collaboration. Usually, an author or organization approaches to me with an idea that needs visuals, and through discussion, feedback, and negotiation we land in a place that neither of us would’ve gotten without the other. It can be a frustrating process – particularly because they’re usually the one paying for services so their opinion trumps mine – but I almost always learn something new that I can take with me to the next project.

My experience with collaboration reached a high point recently when I was working on the Supernova project. This YA graphic novel was started by a friend who brought it to me for art, and through our combined labor something amazing was born. While Adam specialized in the writing and I took the lead on art, we were able to provide feedback to the others’ contribution in ways that pushed us both to do better. This became the bar for what excellent collaboration looks like to me… and when this project stalled just prior to publication, I had too much energy and momentum to stall with it.

So I started a new book… by myself.

I’d learned a lot in the previous two years of working on a graphic novel – from writing to production to promotion – and I had what I thought was a great story concept with interesting characters… but I was missing a partner to bounce ideas off of and reign me in when I my concepts were getting out of hand. I realized that as great as Supernova had been, what really made the experience for me was the partnership. How do I replicate that when I’m the sole creator?

It was while talking this through with a couple of friends that I realized there’s something called a “beta reader” (I know, those of you who are writers are rolling your eyes right now – but this was new to me!). Basically, a beta reader is someone who reads the work before it’s published to give feedback from the viewpoint of a reader – but what I heard at this description was collaboration! I did some outreach through social media to see who I could find to fulfill this role, and I got more than I could’ve hoped for!

We’re only three chapters in and already I can see how my writing – and the story itself – have been improved by the feedback I’ve gotten. I’m still the creator, but I’m not alone in this endeavor and the book that I’m working on is so much better for the effort. What’s more, I now have a small group of people I can bounce ideas off of and gain insight from… and I’m back to a place of feeling energized and inspired in my work, as I get ready for the next step of collaboration: Kickstarter!