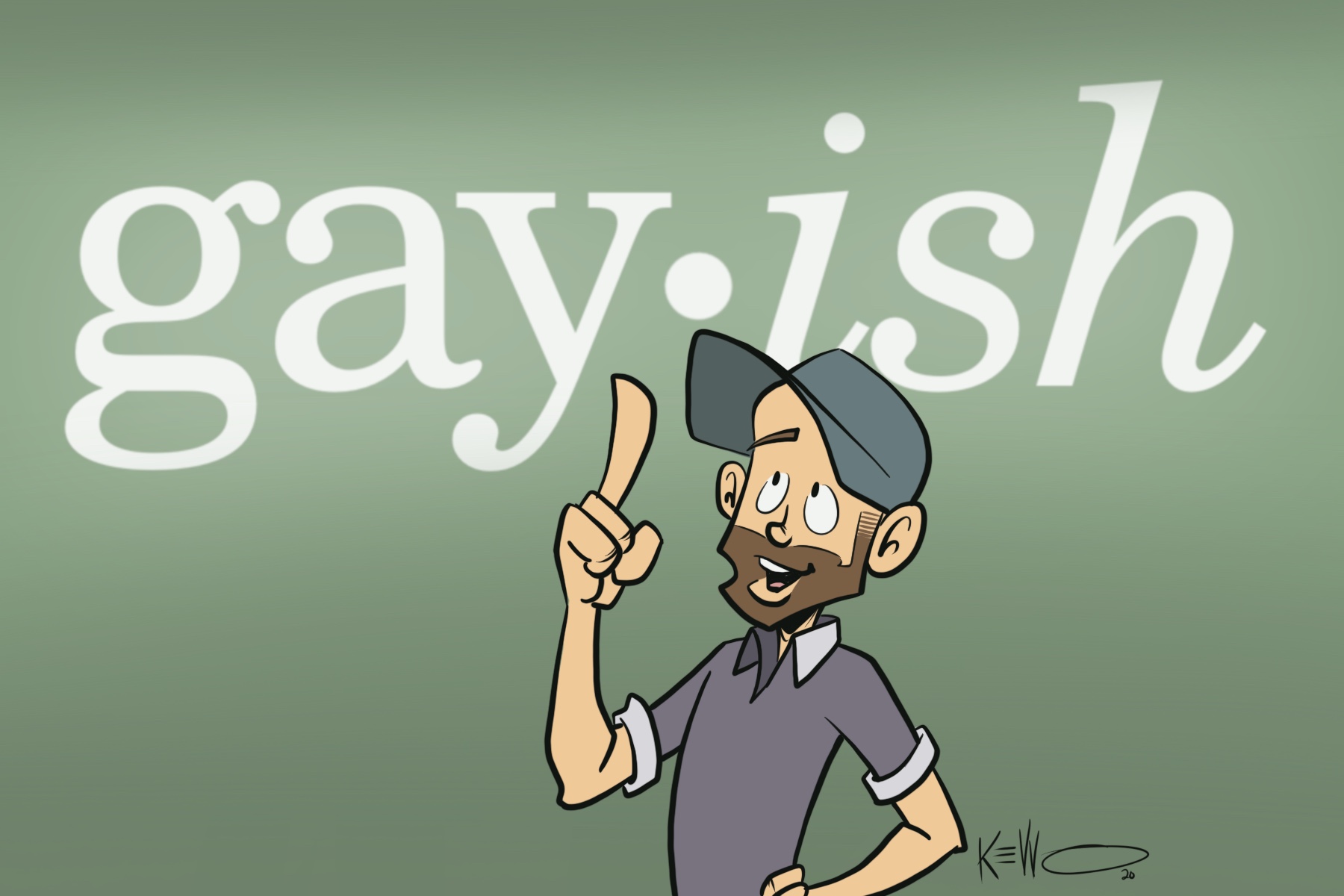 Gay-ish is the story of a 40-something, single gay man, living in Washington DC with two close friends as he tries to date, work, and navigate a global pandemic. If that sounds like the plot line for a comedy (or tragedy) well… welcome to my life!

I’ve been drawing Gay-ish for almost four years (though it was originally called Hump Day… because it was published on Wednesdays!) and it’s the backbone of how I support myself as an independent creator. It’s also become such a standard part of my work that I sometimes forget there are people who aren’t familiar with it.

When I began this series, I drew inspiration from the web comics I was seeing on Instagram – stories about the funny, sad, and unusual things that happen in peoples lives. I’d drawn a couple comic strip series before, and this felt like something I wanted to try, but I liked the added challenge of using my own real life experiences as a source for inspiration.

Over the years, the strip has evolved; it got a new name, the drawing style became streamlined, gutters were added, font and word balloons were changed, color palettes were streamlined… I moved… a few times. But through it all, it has stayed a reflection of my values and experiences – and my sense of humor. To date, there are almost 650 comics in this series – and I don’t have a plan to stop anytime soon.

Currently, they are all available to view on my Patreon page, many of them can be found on my social media profiles, and I’m weighing my options to publish them in collected volumes. I’ve spent too many hours working on this passion project to not find a way to share it with others… however I can!

If you haven’t read Gay-ish – and want to – follow any of my social media links to get a taste of what I’ve done… and if you wanna see EVERYTHING Gay-ish, head over to Patreon and unlock the stories you want to see most.