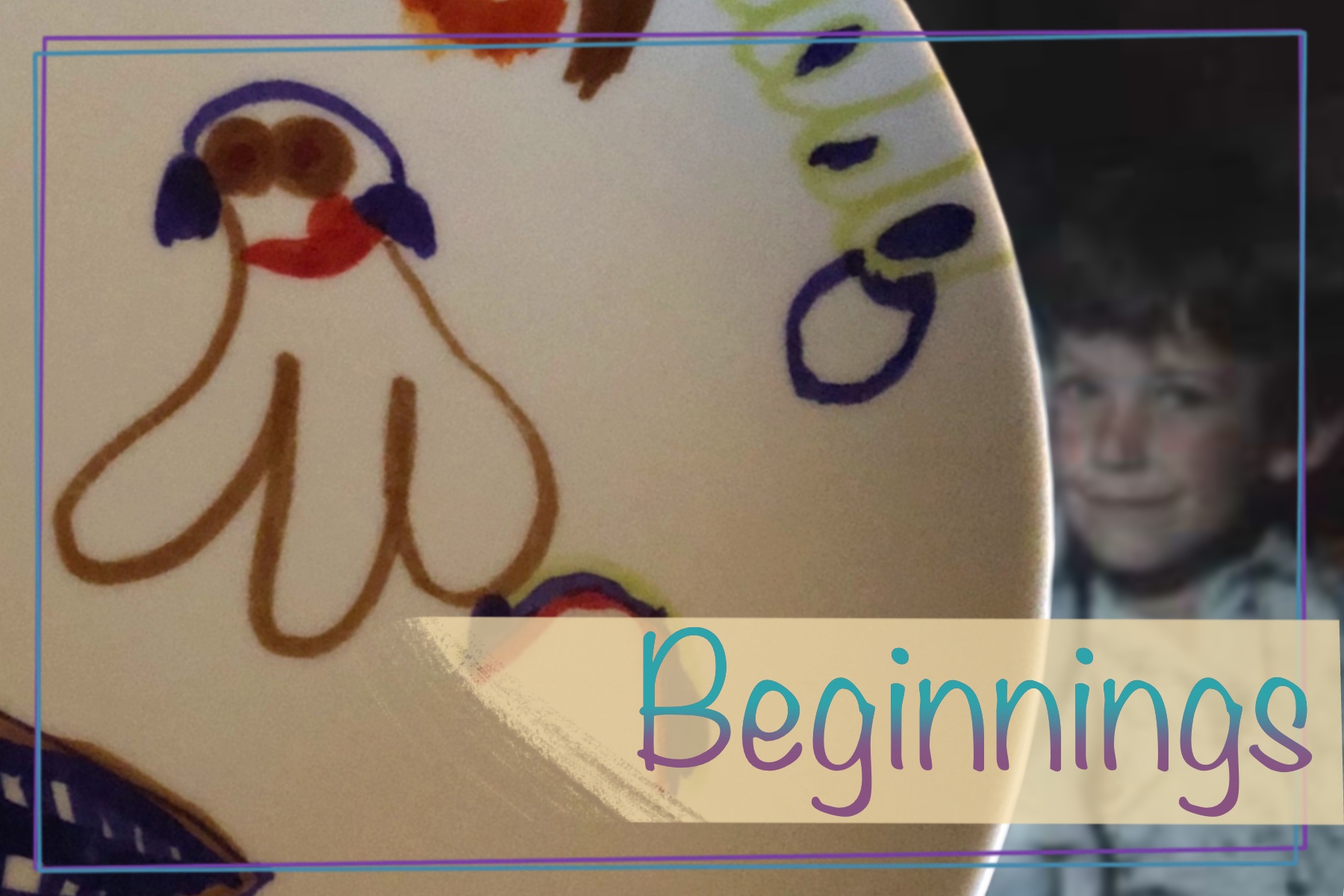 I’ve been drawing for as long as I can remember, and it was my Kindergarten teacher who told my parents that I’d be an artist. As the story goes, we were tasked with drawing something to be imprinted on a plate, and I drew a three-legged cat; when asked why it only had three legs, I responded that the fourth leg would be hidden behind the others. It was my awareness of perspective that caused my teacher to recognize something different, and my future was decided.

Of course, it wasn’t a journey without some challenges along the way, but I was consistently fed the narrative that I was an artist and I was given opportunities to dig into that helped to confirm what I was being told:

And so it went, year after year, I was given extra time and space to experiment with art, and I was rewarded for my efforts… which only made me more eager to try new things and feed the cycle that ultimately led to me quitting my job, forgoing income and benefits, spending countless hours learning new technology and skills, struggling through years of trying to find paying clients, eating a lot of rice and beans…

…where was I going with this?

Oh yeah, now I have the opportunity to draw every day and create things that inspire ideas and emotions and change and, when all is said and done, I still credit the notice I got from that kindergarten teacher with ultimately leading to the work I’m doing – and loving doing – today. Because she called me an “artist,” my mom believed her, and the art teacher believed her, and my second grade teacher believed her… and all of these people worked together to give me opportunities and confidence so that, ultimately, I believed her.

That’s not to say there’s no innate talent – after all, nobody told me that the cat’s fourth leg wouldn’t be visible from that perspective – but it could’ve stopped there. Instead, the seed of talent was watered and fed and tended and allowed to flourish and eventually it became a part of my identity that informed decisions I would make and where my priorities would be placed.

I think the three-legged cat could’ve just as easily been overlooked, and if my life had had different circumstances I could’ve also been overlooked… and the work I do now would never have been.

This is why I encourage kids today with their own artistic pursuits. I’m not currently a teacher, but as someone who draws for a living I have enough credibility to lend weight to my words when I tell a young artist that they have talent. And when I do that, I hope that I’m helping to feed the seeds of creative genius in the next generation of artists.

If you really believe you can do a thing, you can.