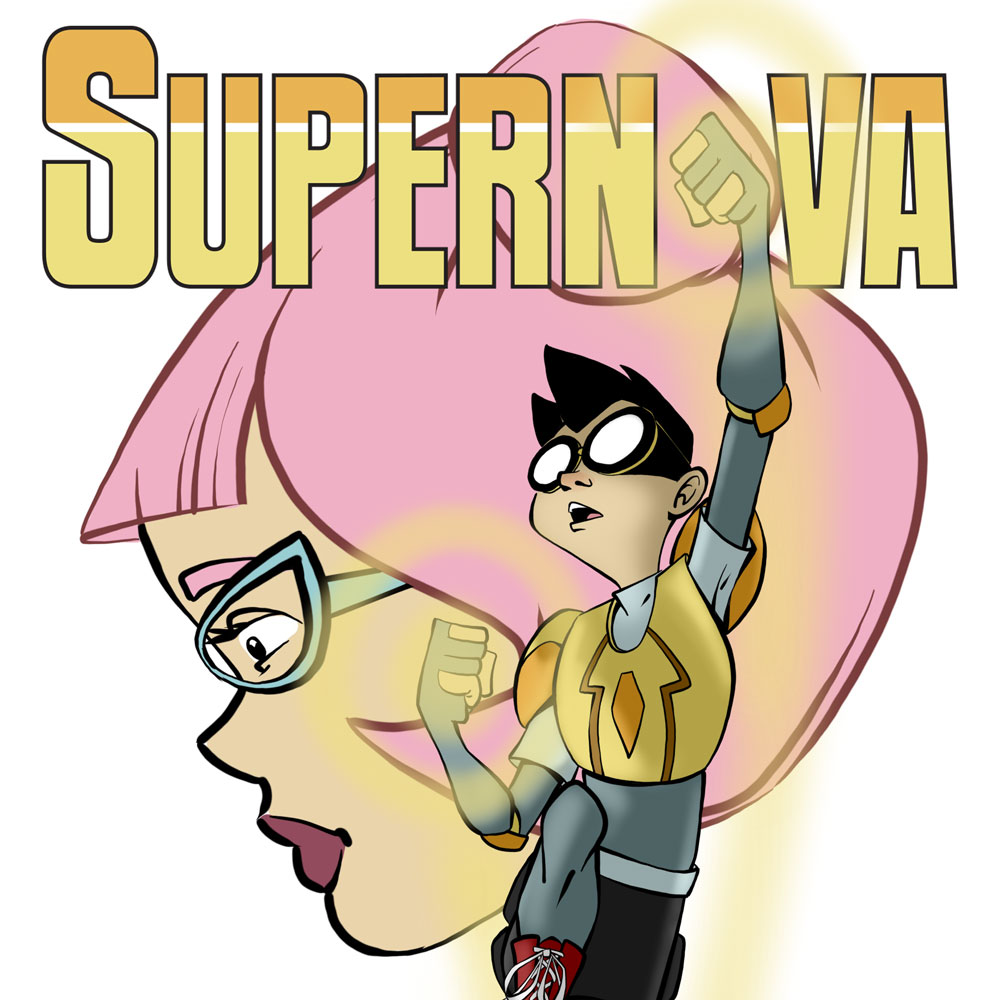 Because of the pandemic and the subsequent shut-down of many businesses, Supernova has been put on hold. At this point, I haven’t been told when we’d be able to proceed with launching the Kickstarter so I don’t know when we’ll be able to move to the print stage (since that hinges on the success of the Kickstarter), but I thought I’d offer an update about where I am in the process.

First, a little background on the timeline we’d originally anticipated: just after the first of the year, we confirmed that we were a priority for print and the publisher would be ready to go as early as February… the problem was, we weren’t ready!

At that point, I was still waiting for scripts on the last few chapters of the book, and I was still working on creating backgrounds for the first chapter! This is a seven chapter project, so there was NO WAY I’d be ready to go by February! “Maybe by April,” I said.

Fast forward to an international pandemic hitting the US and everything shutting down, so that by March we knew an April Kickstarter wasn’t in the works. By this time, I had all the scripts and I was plugging along with the illustrations, but I still had a ways to go before the project would be done and I hadn’t anticipated the mental toll the pandemic would have on my creative process.

At this point, I’ve given myself permission to slow down a bit; it gives my mental health a bit of a break and it allows me to spend the time I want to do my best work… and I’m now in a position that I’ll be ready to complete the entire project by the time an announced Kickstarter is complete!

More specifically, I’m just wrapping up the work on the fifth chapter (out of seven) and I’ve got the sixth chapter inked and ready to color. I wish I could show process pages, but I’ve agreed to hold that stuff back for now as the Arledge wants to be involved in determining what images get released. That said, you can still see elements of our pitch on my Patreon page: https://www.patreon.com/kevvokreates?filters[tag]=Supernova

Of course I’ll post updates as I’m able, and I’m still hopeful we’ll have printed books ready to share by the end of the year. Until then, keep checking back and thanks for your continued interest in this amazing project!